Cyber threats, including data protection and responses to data breaches, are now a constant focus for organizations of all types and sizes, including our own.

Our attorneys understand these risks because we have written the coverage for self-insureds and insurance carriers. We help ensure that each type of insurance policy is well-coordinated with the other insurance you have already purchased, or plan on purchasing, to help avoid gaps in coverage, eliminate duplicate coverage and potentially reduce your insurance costs.

The response model our litigation attorneys have developed to investigate data breaches and cyber theft is based on our Trucking & Commercial Transportation work. A cyber breach requires immediate response and retention of experts. Breaches can occur at any time and come with no warning. We have designed our response team with these principles in mind:

Drawing on our experience in the environmental realm, we also recognize the need for containment after a cyber event. Through utilization of experts and a firm understanding of the legislative framework for responding to a cyber event, we can help you stay on top of the event and minimize exposure created by the same.

Drone Law is in its infancy. As is often the case in our society, new technological advances outpace our laws, regulation and courts. This lends itself to a unique kind of risk and uncertainty, and we make it our job at Teague Campbell to analyze and monitor Drone Law, Drone regulations, Drone insurance coverage policies and liability stemming from incidents involving the use of Unmanned Aerial Systems to keep our clients ahead of the risk curve.

We offer three distinct services in the area of Drone Law: Liability stemming from incidents involving the use of an unmanned aerial vehicle, Drone Coverage policies to protect insureds from potential exposure, and Drone Regulation to assist municipalities and businesses in obtaining the necessary permits and ensure the carefully considered use of unmanned aerial systems for the benefit of society.

From February through November, 2014 the Federal Aviation Administration (“FAA”) collected details of reckless drone operations and found, among other incidents, the following:

The list of potential risks for drone operators and their insurance carriers is long and constantly evolving. Critically, three very high-exposure scenarios are often not covered in drone liability policies:

Any fines levied by the FAA may also fall into the lack of coverage zone. Our Drone liability litigation attorneys constantly monitor changing coverages and regulation in an effort to help clients avoid risk at the front end and to build strong, pre-emptive defenses in this burgeoning area of risk.

Our Coverage attorneys understand Drone coverage, because they’ve drafted the endorsements.   At this stage, the role of Drones in insurance policies is in a state of flux, and we regularly scan the political environment on a Federal, State and Local level to best protect our clients against risk as they begin the process of incorporating legally operated and permitted unmanned aerial systems into their organization’s strategic plan.

Examples of some of the more common and beneficial uses of Drones include the following:

In the future, we can safely assume the use of Drones for security, search and rescue, crop management, disaster management, communications and package delivery. With this broad scope of uses and industries, coverage policies and the attorneys who interpret them, will need to have a grasp on this expansive area of the law.

As we monitor Drone Law for our clients with liability and coverage concerns, we also take this knowledge and apply it to assisting municipalities and commercial ventures in obtaining the proper permits and complying with Drone Regulation, another constantly evolving component of Drone Law.

As recently as October 19th, the FAA announced new requirements for Recreational Drone Operators to register, a previously unregulated segment of the industry. In February of 2015, the FAA published new draft drone rules, which are currently open for comment.

Michael Huerta, the Administrator of the FAA, during an announcement on published draft rules in February, 2015 remarked that the United States was the “…most flexible regime for small drones in the world.” This favorability, erring on the side of drone usage for societal benefits, leads to a number of unanswered legal questions which will be, at some point, either decided by Congress, in the Court Room, or by the FAA’s own regulations. Until such time as Drone Law is clear and consistent, if such a time were ever to come to fruition, we feel it is critical to maintain our constant monitoring of multiple Federal, State and Local agencies, to provide our clients interested in using drones with the most up-to-date advice regarding regulations, always with an eye towards managing risks foreseen and unforeseen in this new, innovate area of the law. 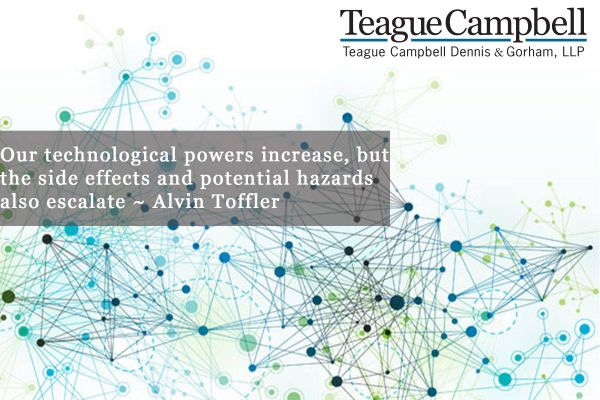 Recently, Partners Bill Bulfer and Bryan Simpson were featured in a Ringler Radio podcast discussing drone liability and litigation. An unmanned aerial vehicle (UAV), commonly known as a drone, is an aircraft without a human pilot aboard. Drones were originally…

ABC News 13 reports that, by the end of the year, the FAA estimates there will be 2.5 million drone operators nationwide. News 13 investigated “why more problems may be popping up this fall and why protecting your privacy may fall into…